The short of it is, I’m a thinking clown. That’s “a clown who thinks” and “not a clown at thinking,” and it’s a symptom of chronic dichotomy. While this is my personal blog, I’ve been published professionally at these places and can be contacted here.

Why “Gunmetal Geisha”? It’s the right touch of dichotomy.

Geisha are emblematic of grace and femininity, favored with wit, and skilled in the arts. Gunmetal was used to make cannons. The two are not alike. Fusing them together evokes an unbreakable but alluring force, which also alliterates. And who doesn’t like alliteration?

Then there’s me. Writer, filmmaker, actor. A person living life imperfectly. Those are the things I write about, especially the imperfect part, but also about gaining better footing on an uneven path.

Five things you’ll learn about me in the upcoming posts: 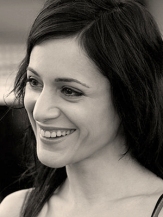 While I sometimes change the names of actual people, I don’t alter or embellish circumstances. But I do care about narrative and don’t pretend my memory is precise. That means on rare occasions, fact may be substituted with verisimilitude to fill a memory hole.

There aren’t more biographical details on this page because the blog itself is one long self-examination, and it incorporates a history.

But for those in a hurry:

I live in Los Angeles, grew up in New York, and was born in — gasp! — Iran. Somewhere in between, I spent a good amount of time traveling. Things happened.

If you write, you know all about wanting to be read, and if you’re a blogger, you understand that every comment, share and subscription counts. If you’re a friend and you discover yourself in these posts, don’t get mad, get email notifications!

Seriously, sign up and keep tabs on what I say about you next.

Whether you’re none or all of the above, thank you for reading. I’ll do my best to keep you entertained.

About that though — one thing I learned while putting this site together is most monkeys aren’t conventionally cute, which I only discovered during an image search for dancing monkeys. This would’ve been good to know before I likened myself to a monkey as much as I did in the first few posts…

For a detailed history of me, the inception of this blog, and how monkeys figure into it, some not unfunny reading begins here.

On Comments:  When it comes to reader comments, I’ve been known to edit typos. But to date, I’ve only censored two lines, both of which involved attacks on persons other than myself. Naturally, my gunmetal self isn’t afraid of criticism, but I can’t tolerate attacks on third parties who aren’t present to defend themselves.

On Rights:  All written content within this blog, unless otherwise indicated, is by me and I reserve all rights to it. If you borrow a phrase or two, I’d appreciate being credited and notified.

On Images:  The majority of images on this site either have their source attributions, or are by me. Some remain without attribution, but that’s only because I’m a terrible person.*

*See above text regarding humor and plants.

1- All content contained within this blog, unless otherwise indicated, is written by me and I reserve the rights to it.

2- If you borrow a phrase or two, do me the courtesy of crediting me, otherwise it's just not cool, is it?