To Reveal or Not to Reveal 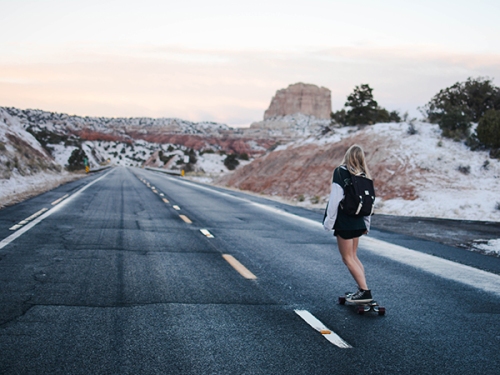 Writing equals oxygen and breathing has no age limit.

Some people call it over-sharing while others say you’re brave and raw in your personal writing.

Writers of personal essays process emotions and conflict differently than non-writers. Every incident, good or bad, has the potential to become a story, or a fascinating spin on something ordinary. I could be bawling over some loss, and a calm voice behind my thoughts would be narrating it back to me in crafted sentences. Not many of those narrations ever make it to paper, and of course, there’s no background narration in the midst of a serious tragedy — even an inner voice knows when to hang its head in respectful silence.

But it’s only a delay. If the story wants to be told, sooner or later it bursts out.

Writers are word conduits, and as much as they’d like to take credit — or blame — for that which pours out of them, their consciousness isn’t necessarily the original source. Sure, they control the design of the final structure, and any number of factors that figure into a finished piece, and certainly, it’s up to the writer to present it to the world or not. But at the beginning of the process, the honest writer allows herself to be a boat without oars, swaying according to the ocean’s whim.

It’s unclear to me why people visit my blog, meaning, whether it’s because of their interest in me or in my writing. It happens that my blog and I are often synonymous. Here, I am my own work in progress, splattering the myopic, oh-so maligned “I” liberally over every post. And thank goodness, otherwise the weight of my captive monsters and fairies would squeeze the air right out of my lungs.

“I can’t breathe” is my standard go-to in place of “I’m so fucking mixed up right now.”

Some might feel critical toward a grown woman writing about herself as if she’s a ten-year-old given her first diary. Lucky for me, it’s my blog and I can bawl if I want to. Personal writing equals oxygen and breathing has no age limit.

Back when I was single and had a lot to say about dating, people thought this was a relationship blog. Now that a malignant clown is in town and I have a lot to vent, newcomers think it’s a political blog. It’s neither. My blog is me in a looking glass, at various life junctures, waving at whoever’s watching.

When I got into taking pictures, the posts became visually descriptive. When I spent time with my family, I wrote my happiest posts, and when I was suffering, I wrote my most interesting. Saying my writing is me is not altogether figurative. Airing out my grievances and sense of injustice (perpetrated against me) is apparently an inborn trait, begun at the age of six when I could first write, evidenced in page after page of letters to my parents, teachers, friends, neighbors, other people’s neighbors, supermarket cashiers, my doormen, and later, my boyfriends. I would write such letters by hand, one copy for myself and a second for the culprit. I’d like to think the folders, files and boxes of papers I recently sifted through are representative of not just my copies, but some of the originals that — please god — I didn’t deliver.

What adorable GG treasures they must be! They would bring tears to your eyes. Tears drawn by the excruciating tedium of pointlessly detailed canons of complaints. By turns embarrassed, horrified or fatally bored, even I couldn’t get through them.

There are days when an acidic pang sits in my throat, and I can’t tell if it’s because I’m upset or food deprived until I eat and figure out it isn’t hunger.

To reveal or not to reveal… Fuck it: I might be in the middle of a breakup and while I don’t have an issue being open about it no matter how it turns out, I can’t stand the thought of people asking me if I’m okay. Of course I’m not okay. Also, I’m perfectly fine. Funny how that works.

We were ready to go grey together — since we’re halfway there anyway. I ended my recent Harper’s Bazaar article on a positive note about compromise and choosing to bend a personal ideal for the other’s sake, deciding which was more important, our love or our individual nonconformity. “So far, love has won,” I said. He’s a good guy, no question. But compromise shouldn’t ever mean accepting hurtful behavior. The right person will give you the gift of not hurting you. It’s not complicated in the least.

So yeah, don’t ask me if I’m okay. My principles and broken heart are old chums.

I was wrong to deny a while back that GG-the-blog wasn’t some sort of GG-the-person manual. It’s an obnoxiously honest manual: having had my fill of emotional gut punches, I’m ready to be wooed. It’s exciting to wonder from which direction such wooing may come my way. Someone new, someone old, someone exceptionally tall, no one at all. Or me. I’m great at wooing myself.

← The Juxtaposition of Everything
For My Friend →
Join 4,665 other subscribers