The Juxtaposition of Everything 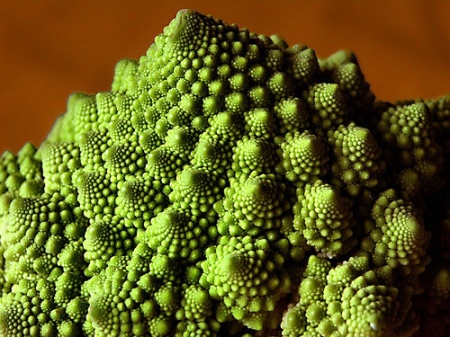 Your poor brain becomes a cathouse where fractals copulate with exponents.

It’s not exactly a win when you get a respite from the Black Mirror episode you’re trapped in — you know, the one about the evil circus in the nation’s capital — if it’s because you got distracted by your own petty problems for a second.

Today I woke up from a nightmare into a bad dream that turned out not to be a dream.

In the nightmare, my petty problem — let’s go ahead and call her Petty Goblin — crisscrossed with the clown-in-chief who’s been ruining everybody’s day. Petty Goblins have personalities, just like cats and dogs. My Petty Goblin, host to a gargantuan chip on the shoulder, is kooky and manipulative all at once.

I’m not thrilled with Morpheus, a god of dreams, for sticking two assholes in one nightmare for me, making my rest fitful and leaving me bone-tired the next day to deal with the fact that both assholes actually exist in wakefulness.

I tried to appeal to her splotchy heart: “Help me not hate you.” But Petty Goblin might be more splotch than heart.

I know, I know, I should be better than to worry about Petty Goblins. But dammit, I’m sleep-deprived and looking for empathy in places where it can’t be found, like in the void of a bottomless well: The well can’t hear you and even if it could, wells don’t care when your soul has a boo boo. Or just imagine looking for empathy in the three eyes of a purple alien who doesn’t speak English, much less understand human emotions — complex female ones.

So once in a while I take the low road, where a surprising amount of empathy can be found, and treat my blog like a glorified diary. (If you don’t know me enough to discern when to apply winks, the previous sentence is a good example.)

Readers who aren’t into the mess inside other people’s head can teleport away to a happy rainbow of a post or a slightly salacious one about why I don’t want to marry the man I love.

Oh, you’re staying instead to watch me wade out of my late night angst through stream of consciousness? Cool.

Let’s start with the squid ink. It won’t make sense to you. It’s my consciousness after all, a word salad tossed with delirium:

After the chaos and effort — three months overdue — the squid ink didn’t work, instead dripping blotches over my bare skin. So I’ll still look like a brat trapped under an old lady’s hair while nuzzling everyone else’s salon coif. And did something hatch in my apartment? Why are there gnats in the “dead of winter” where there is no food, and is that why the Exceptionally Tall Man took away the garbage? Like, as a piece offering for being a purple alien?

I don’t kill gnats. One is crawling on the side of my computer screen. It looks calm, as if it feels safe, so I’ll let its sense of security be justified. We’re simpatico, this gnat and me. Some empathy at last.

The world is different now. I don’t mean my little world. I mean life on planet earth. Though no one is sure in what direction, everyone agrees nothing will be the same.

I had one decent inhale/exhale today when I read this take on how what’s happening isn’t the evil old clowns taking control, but a dying gasp at the end of their era.

At the millennium’s turn, I was alone and newly transplanted to California, desperately in love with a bong water aficionado to whom no one smart would’ve entrusted their heart. I didn’t know anyone or even my own mind, so I sighed a lot, feeling sorry for myself, tears, snot and all. I even visited a Tarot reader who drew the Sword of Something Bloody and Deathly and condemned me to a fate of sorrow by birthright.

Yawn. Because joy is something I claim easily and often. I see a bird flapping its wings and my day is made. So fuck off with your sorrow (and each damn sword drawn at every. single. reading. I’ve ever had for “fun.”) To her credit, the reader told me I might benefit from therapy. Can’t you be my shrink, kind blonde lady, with your scary cards and soothing voice? I guess she couldn’t, so I walked into the neighboring Bodhi Tree bookstore with its incense and crystals, and bought a book called Positive Magic.

The book said, entering the new millennium means we’ll be transitioning from the Age of Pisces to the Age of Aquarius, and we’re all going to be fucked for a while as we trade faith for reason, and convention for innovation. Insanity and extremes will abound as some of humanity scrambles to hold on even as the rest rushes to let go.

Now, with the evil-circus white house, I keep thinking my book from seventeen years ago, no longer in print, might have been on to something.

Of course, some days one is too tired to hope.

When you take a racing mind with no off switch, not even in sleep, compound it with a barrage of addictive 1’s and 0’s speeding at you faster than anything processed by humans before, land in the era of half-truths, fake news, alternative facts, trial balloons and red herrings, your poor brain becomes a cathouse where fractals copulate with exponents and their orgasms multiply in eternity mirrors.

In this semeny, mathy petri dish Petty Goblins take on new meaning, as in, no one should allow time for them. We all have one form of Petty Goblin or other. Bad job, unfair boss, marital bickering, infuriating neighbor… My Petty Goblin is invisible, a figment of my imagination, according to well-intentioned (but oblivious) purple aliens.

All I know is, whatever fight we have inside needs preserving so we can use it to steer the good people of the world to the good side of progress. I’m no longer the little girl from the year 2000, gasping at sword illustrations. I invite you to laugh with me at Silly Pains and Petty Goblins, because we’re certainly not going to cry over them.

And for me, the good news is, your today is my yesterday. Right now, I’m probably on the airplane headed for my weekend with women who are good to each other, and who, unlike me, have salon hair.

← Trump is America’s Khomeini, so I found my perfect inauguration outfit
To Reveal or Not to Reveal →