On Romance, Gardens and Pride 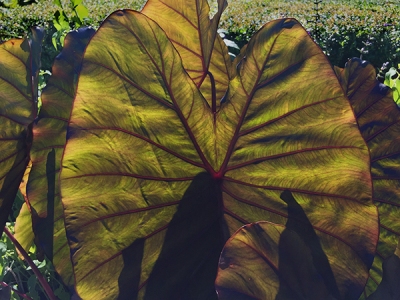 You know those movies where obstacles and misunderstandings separate tragic lovers, then one of them says they’ll be at such place at such time, usually the top of the Empire State Building, and if the other person shows up, then it’s fate? But then the second person gets hit by a car while eagerly crossing the street for the meeting, and you cry for the rest of the movie as they heal in a wheelchair and the other one becomes all self-destructive thinking the first person never showed up?

I don’t see why poetic notions have to be relegated to lovers only, so the other day, I told a dear, longtime friend with whom I’ve been at odds that I’d be at our “secret” garden at 3 P.M. as a gesture to leave behind our issue. We’d already wasted many months not being there for another due to a standard argument. You know the sort — an argument over something small and forgettable, where all you want is for the other party to acknowledge your hurt, agree that they were wrong and apologize. Maybe wash your car for a year.

Except the other party wants the exact same from you.

In fact, all parties expend so much energy foot-stomping for that Gestapo-like extraction of guilt that they eventually stop speaking. It happens with family members and closest of friends, often for years, sometimes a lifetime.

As an outsider, you would see what a small fix it is for one of the parties to step forward and say “Let’s stop being idiots.” Or more thoughtfully, “Let’s stop depriving ourselves of one another.” But instead they’re caught up in a “my pride is bigger than yours” cold war and you’re too polite to say:

“Listen dumbasses, your pride isn’t going to blend a homemade margarita for you when you’re sad and do the chicken dance to make you laugh.”

By the time I told my longtime friend I’d be at the garden, I’d lost interest in being right. I forced myself to accept we’d never see our issue the same way, you know, that I was right and he was wrong. Kidding. All I knew was he felt wronged and I felt wronged, but regardless of some objective truth that we’d never reach to the other’s satisfaction, the matter was too insignificant to build into a hideous dam in a friendship that had flowed for twenty-five years. 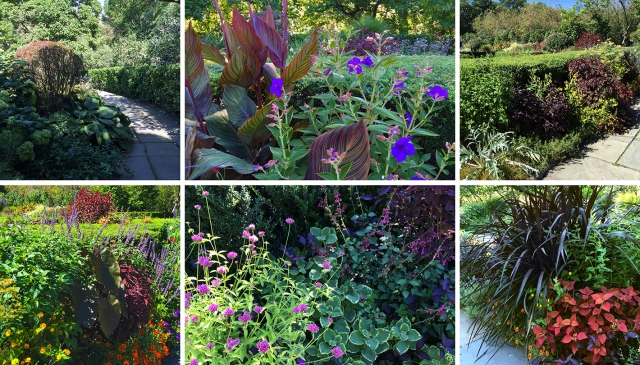 The “secret” garden is only secret because way back when Drew and I (his name isn’t really “Drew”) were in a relationship, we discovered it in the far, forgotten end of our beloved Central Park. Since then, they’ve fancied up that part of Harlem and officially call it “Central Park North.” The garden is both sprawling and sectioned, surrounded by wrought iron gates and several entrances.

“I’ll be at the southeast entrance,” I texted him, extending truce, then hiding his texts in case he was planning to argue some more.

I wanted no more talk. I just wanted him to show up.

At 2:55 P.M. the next day, I found myself in a usual predicament, that is, in the middle of some self-imposed task from which it’s near-impossible to tear away. I did tear away though, and got myself to the secret garden by 3:07, wanting to believe Drew wouldn’t be on time either, or if he were, that he wouldn’t begrudge me seven minutes. But really, I felt those lost seven minutes already tarnished the romance of our reunion-to-be. A platonic reunion to be sure, but my notion of all versions of love is exalted, and that’s the way I like it.

It was mercilessly hot, further offending my sense of romance. There was no escaping a sun that seemed to remain defiantly noon-high and insist itself on you. But the fairyland magic of the garden is impervious to climate, whether during unrelenting summer or among the stripped branches of winter.

I hurried to the southeast entrance, not surprised when Drew wasn’t there, and decided he’d gone in to stroll around. So I entered the section where a vast fountain shoots water into air, and an open lawn stretches toward Fifth Avenue. I circled the whole fountain, partly in search of Drew, partly because I “have” to walk every inch of the garden with mild OCD whenever I visit. Tidy, trimmed hedges span the lawn and fountain. Parallel stairs on two sides of the fountain begin a viney passage to a level enclosed and shaded with the climbing foliage, among which people sometimes get married. Drew was not there.

Next I walked to a stone pathway lined with benches and trees on either side, branches touching in the middle and casting abstract shadows to give the path an air of lush mystery. I checked each bench for Drew. No luck.

Getting slightly anxious, I skipped the second fountain with its rush of water, and headed directly to the main garden where narrow paths wind around plot after plot of brimming leafage and flowers. Birds with fluffy red chests flitted in and out of blossoming bushes, but no Drew.

As always, the secret garden left me wanting to thank someone in person for its full, wild, diverse bushes and jungley leaves bursting amid every-color flower. One might wonder, like I do, what it takes to maintain the area on such a scale, though whatever they charge for all those viney chapel weddings might cover some of the cost.

I did a cursory check of the hidden lily pond, then headed back to the southeast entrance expecting to see a waiting Drew who obviously must have been late. But no, he wasn’t there either. In fact, Drew never showed up. And not because he got into any accident, which I knew because at that point I gave up all my poetic notions and unhid his texts to see his response to my original garden entreaty. There was none, neither an “I’ll be there” nor a “Fuck off.” He must’ve had no intention to show up and just ignored the text.

Scowling and muttering, I shuffled through Central Park back to the apartment, composing in my head exactly how I would tell Drew off. I love you enough to write a public ode to you about gardens, but you wronged me and now you must pay. Or maybe I would just freeze him out completely for this new affront.

None of it had any motor though, and five minutes after I reached the apartment, I forgot my plans to punish him. Wasn’t the whole point of the garden for us to make up?

I think of my romantic reunion expectation as a helium-filled balloon bopping over the secret garden. The balloon belonging to the tragic character waiting on top of the Empire State Building burst into rubbery shreds, while my garden balloon merely lost air and landed in a flower bush.

As a reader, you probably wanted a more high-stakes takeaway, and as someone who set up the grand scheme, so did I. But in a way, nothing happening at the garden is representative of the original disagreement’s stalemate.

So Drew didn’t show up, but thankfully he wasn’t in an accident either.

We did make up over the next days in a wholly unromantic and unadventurous way. To be honest, I don’t know if he ever saw my garden text at all.

More importantly, we stopped being idiots.

It’s also probably a good thing he didn’t meet me at the garden because at the time, I had broken off my front teeth, and being on the outs with him, hadn’t told him about it. The shock – and aesthetic disruption – of my missing teeth would have significantly degraded the poetry of the moment, even in the secret garden with its hummingbirds and butterflies.

(The missing teeth are a whole other story that I guess you’re just going to have to come back and read.)

← My Favorite Fails, Part II
The Conspiracy Against ‘Poor’ Trump as Told by a Woman Who Regrets Not Voting →