We’ve floated from Tehran rooftops to the streets of Florence to cathedral catacombs of Upper Manhattan. 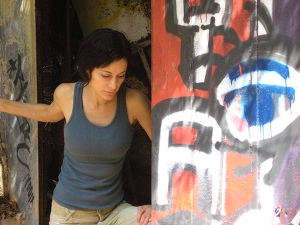 For someone who writes about the magic of sunsets and twigs so much, in truth I’m a gritty city girl. You could say I was born to smog and honking cars, if the degree of traffic congestion and air pollution is commensurate to a city’s size and population. From Tehran, we moved to the city of cities, New York. Thanks to my father, there was no shortage of greenery on our weekend outings, but urban grit and industrial lines held as equal an allure for me as nature.

If we hear of “Tehran” or “Iran” these days, our very minds swiftly contract like pursed lips — we envision the terrible events of the world due to religious extremism. Put that aside for a moment, and think instead of a little girl who saw the capital city of her country as cosmopolitan and pulsing, because it was. She had big eyes for skyscrapers and mountains alike, and a love for city lights as she whizzed past on the freeway in the backseat of her parents’ car.

In Iran, we only had one “weekend” day, which was Friday. As a treat for the week’s end, I would often be sent to my grandmother’s or other relatives’ homes. During summers for sleep, my grandmother and I would lay out elaborate beds with mosquito nets in the garden or on the roof. Roofs, with their TV antennas, wires, faint smell of asphalt and all, brimmed with a sort of…magic. There was something about looking out to a span of other rooftops in the light of dawn, imagining myself leaping from one to the other. They all seemed so near one another. Multilevel stacks and jagged antennas all the way to the horizon made for a tempting obstacle course.

I still have a thing for rooftops, along with alleys, tunnels, construction sites and ruins. Shacks and gutted structures allude to both mysteries and histories. Corridors and passageways lead to unknown chambers; small openings keep the secret of larger spaces. Light and objects through the frame of old windows and doorways take on a different meaning as does everything seen through an unexpected context.

All of it is abstract and ungraspable, open to whatever you project, and therein lies the irresistible draw. 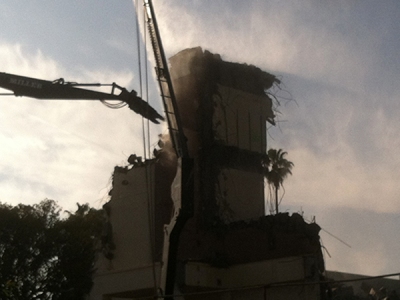 I’m not going to pretend to a deeper understanding of poetry than average non-literature majors. But that passage resonates with me even as I can’t quite grasp why. Memory fragments and images of locations and structures live in me without explanation. It’s a welcome haunting.

It must also be related to the fascination I feel when looking in through people’s windows. There’s a dreamlike quality to contrasting indoor and outdoor light as people go about mundane tasks in the amber glow of their home, watched for a moment by an unseen ghost outside. Perspective shrinks them into dollhouse figurines. They may as well be an art installation, or inside of a television set.

Personally, I use curtains and blinds when I worry about “fascinated” peepers looking into my apartment like I’m their private dollhouse figure, so I feel only slightly invasive when on the other side.

But the issue of invading does concern me when I take pictures of street life. Without the people who make up an urban environment, there’s no such thing as street life. Often, the most poignant images are of people who spend more time on the streets than anywhere sheltered. It’s hard to see and harder to think about. So it’s natural to question whether taking pictures of such subjects is exploitative. I don’t have the answer. I just know that I’m neither mocking nor making a social statement when showing an image of a downtrodden person.

In a way, I’ve grown up with street people. As an unruly thirteen-year-old walking to Junior High in Manhattan, I used to pass out cigarettes to all the “shopping bag ladies” when I happened to have a pack, and when I didn’t, I would “bum” one off of them. They never hesitated in handing me one.

Well, maybe they hesitated once or twice. Who could blame them.

It didn’t occur to me I was “begging” from a “beggar.” In my mind, if you bummed from me and I bummed from you, then we were equals and I didn’t have to feel bad about you sleeping on the church steps. I was thirteen, so I forgive myself for an odd defense mechanism against the pain of reality.

No less than 65-years-old, this lady used to come to the parking lot of my Hollywood apartment twice a week to collect cans. She was a bit of a badass.

I wasn’t going to write about homeless people, not like this. But I remember all the blackened, sooty hands I’ve shaken, all the suspect blankets I’ve rubbed against while embracing a street person who wanted for once, someone to be unafraid of touching them. Of course, I was afraid — of lice, disease, erratic behavior. But I took my chances and never let on. It was worth it. I also learned that acknowledgment alone, in the form of simple eye contact, is enough to make someone’s day even if you can’t spare a fiver.

As I waited for my turn at the ATM behind this man in the heart of Hollywood, I noticed his very organized shopping cart and would’ve paid good money to know his story. Instead, there’s my shadow, snapping his picture.

A man looking to help an out-of-sorts stranger in the streets of Colombo, Sri Lanka.

This was taken by my niece in Central Park when she was 8-years-old. That thief raccoon has a sense of humor.

When I lived on the streets of Florence, Italy at the age seventeen — for a mere three weeks — I learned quickly the mental fortitude it must take to survive homelessness. I, for one, would’ve never made it. I felt the pinprick of insanity within the first week, and when I say I lived “on the streets,” I mean that I didn’t have a home. But not once did I have to sleep on an actual street when there were train stations with benches, cars to sleep in, and hotel concierges to talk into giving me a free room. Naturally, there’s an entire story to tell, but it’ll be on another day.

Back in the safety of New York City, years later living in an apartment on 113th street, I had a fleeting, cautious friendship with a happy, young bum. He had short dreadlocks, a constant smile and bright eyes. He gave me an account of the priests or caretakers of St. John’s Cathedral, which was a block away, feeding him and taking him on a tour of the secret catacombs below the massive structure. He spoke of vaults and mazes and secret tunnels, and I never knew whether to believe him. Yet I was riveted.

It’s possible that on one of our encounters, he could’ve convinced me to follow him to this nether world fit for a city ghost, but luckily or unluckily, he disappeared.

As for you and me, we’ve floated from Tehran rooftops to the streets of Florence to cathedral catacombs of Upper Manhattan. The little Iranian girl who later hugged homeless people in New York, thanks you. Some may not relate to me, but it’s not because I’m from Iran. It’s because I’m weird. Good weird, I’d like to think. And since we’ve already determined I’m a sort of cheater, let me bring you to the pictorial for which this post was originally meant.

There, my “beautiful ruins” and urban life come together as jigsaw pieces that don’t fit, except in the friendly, haunted chambers of my mind.

Leave a Reply to Dawn from HardlyBored Cancel reply

← The Love of Masquerade and the Macabre
Dispatch from the Plane →
Join 4,666 other followers