J is for my time in jail.

I was fifteen years old and a club kid in New York. Back then, nobody carded you and you could smoke on airplanes and in college classrooms. It was 4 a.m. and I had been dancing all night at the Tunnel, a club built on a defunct railway on the west side.

My friends had all left, but I had caught the eye of a chiseled guy of twenty-three or so. As much as I was a “bad” girl, I managed to be innocent—I simply hadn’t wanted to go home because I knew I’d be in trouble. So it was better to stay out until it was daytime and my parents would be gone.

By 8 a.m., following an after-hour club and some diner food, I ended up in Lyndhurst, New Jersey with the chiseled guy.

First we stole a car.

He worked at a car lot and brought me in as a customer, telling his co-workers, “H. has been driving Z’s all her life and she’s gonna take a test drive.” I didn’t know what a “Z” was and felt sure even with club make-up, heels and a mini-skirt, I didn’t look like I’d had a long enough life to have dabbled with “Z’s” for “all” of it.

But next thing I knew, I was in the passenger seat of a black Z, zipping down township streets.

The short of it was, as soon as we entered his apartment, he muttered a few words about some woman and began weeping like an orphaned child. He then tossed a handful of blue pills down his throat along with a shot of whiskey. Within three minutes, he was on the floor, tear-smeared and passed out, and I was stuck without a ride back to the city.

Part of me was offended at his lack of hospitality, but truth be told, I was relieved. I instinctively knew that if he had remained alert, my options would have been limited as a young girl in a short skirt trapped in his territory. Years later, I would admit to myself that as a teenager, I had relied far too cockily on my ability to deflect guys’ unwanted moves—and beyond kissing, they were all unwanted moves.

So like a good brat, I left the apartment and asked around for the nearest police station. I walked to it with the intention of getting the cops to drive me home.

“Some guy’s passed out on his living room floor and now I’m stranded here,” I managed to say before I was hauled into the chief’s office.

The police chief was a large man with salt-and-pepper hair. I noted he had a kind smile as he informed me that a minor taken across state lines by an adult stranger constituted kidnapping.

Since I was a kidnap victim, a minor or both, they could neither give me a ride back to New York nor release me.

In fact, if I didn’t provide them with my name and parents’ contact information, they would ship me to Spofford, the infamous Bronx juvy for wayward fuckups far worse than me, who might in fact, cannibalize the likes of me.

Before the age of fifteen, as a class cutter, arcade frequenter, secret smoker, girl-fight escapee, sometime shoplifter and whippits aficionado, I had been threatened with Spofford on many occasions by vice principals, school counselors and other cops.

Spaafa, you’re going to Spaafa, up in the Braanx, they kept telling me in their unionized-New Yorker’s dialect. (I only learnt they meant “Spofford” when I Googled “harsh Bronx juvenile hall” for this post.)

I never took them seriously.

In turn, they stopped taking my salvation seriously. By the time I graduated to underaged drinker, sometime runaway, illegal after-hour clubgoer, and recreational user of more than just whippits, they didn’t bother with idle Spaafa threats. 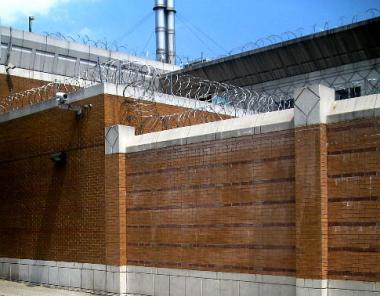 But that day in Lyndhurst, there was something different in the police chief’s gentle eyes—worry—which in turn made me worry that he wasn’t bluffing about not having a choice when it came to Spaafa. Already, when he’d had a choice, he’d allowed me to stay in his office instead of some holding cell.

Still, I was more stubborn than anyone at that station expected.

I spent the entire day keeping mum about my name and sat in a chair by the chief’s desk as he took calls and mini-conferences in the hall. By afternoon, the chief and I were telling each other our hopes and fears, and he let me handle a couple of unloaded guns from his collection out of a locked glass case. It wasn’t until the end of his shift that I began weighing whether I’d fare better with Spofford juvies or my parents. I had been awake for over twenty-four hours and wondered if maybe he’d just take me home to his family instead. I even tried out the idea as a joke.

“I wish,” he said sadly, and stayed with me at his desk a couple of hours past his shift. Knowing they were waiting for him at home, I began to feel guilty.

It had been morning when I first walked into to the station.

By the time I gave up the names of my parents whose very wrath I’d meant to escape by going to godforsaken New Jersey in the first place, it was completely dark out.