Dating for Martians: The Trail of Gentlemen Callers

I was indifferent to their education, career, financial status, and even mental status, if it came to a man I found exciting.

~ This is a continuation of Dating for Martians: The Tally ~

“You’re like every guy every woman hates!” A sharp-witted girlfriend of mine says to me.

I have great affection for her. She is darling and sprightly and throws lots of dinner parties. Henceforth she’ll be known as Spritely. Spritely has forbidden me to bring around any more hommes du jour. She says it emotionally screws with the “men of the day” because introducing them to my friends sends a false message about my level of interest. It also messes with the very sweetest among us who each time asks:

“Can I bond with this one, or better not?”

Spritely’s frank observational gems don’t ruffle me; I enjoy directness. In fact, she’s so funny that I’ve considered turning on a voice-recorder when there’s a bottle of wine in front of her.

On the subject of men and me, she has a lot to say.

My online dating experiment lasted for twelve staggered weeks between summer and winter, and resulted in me meeting seven lovely men in person.

As much as I tried, I couldn’t ignore messages from hordes in whom I had no interest. Hundreds is legitimately “hordes” even in the lower end of the triple-digit spectrum, right? If I haven’t quite decimated my semblance of humility, wait and see how I nuke it out of existence in later paragraphs…

It’s antithetical to my nature not to acknowledge people, so I found myself writing to individually thank each person who sent me a non-generic message. It was the least I could do when it was clear they had read my verbose profile all the way through. But I’ll be graceless and say that while I was flattered, I found the process draining and time-consuming. On top of it, many interpreted “thanks” as returned interest. This of course, forced me to have to ignore them after all, which made me feel unpleasant about myself.

In the end, I deactivated my account because I found the online dating process ruthless — specifically my own participation in it.

When two people from a dating app decide to meet in person, and bond, and I’m one of those people but in spite of bonding discover I don’t want to go further, I feel like a colossal jerk. I greatly mind confusing, offending or hurting good people. In a way, I’d rather be the rejected than the rejecter, because then my hurt wouldn’t be accompanied by guilt and inopportune compassion. I’d feel hurt, I’d obsess, it would go away.

Meeting someone the “natural” way doesn’t have the above implication because in real life, each party’s expectation is not known to the other prior to meeting. Under that circumstance “all is fair in love and war” prevails and no one ends up being a big jerk.

The question remains, why didn’t I want to go further with people I’ve called “wonderful?”

I’ve devoted an entire diatribe to this question in the second Martian dating post. To sum up, I don’t need to be with someone. It’s human wiring that compels us towards relationships. So the Martian in me will not compromise: I want to be blown away. I need to swoon. It’s one criterion among many, but the only one that’s non-negotiable. Why didn’t “wonderful” blow me away? My dating profile covered it:

“Maybe I like polka dots and you offer stripes.”

Out of the hundreds of messages I received, I sustained an ongoing correspondence with a handful of clever, insightful men. In addition to meeting and briefly dating the Perfect Man, through correspondence I developed another friendship I consider dear. Neither of us saddled ourselves with the notion of dating even prior to meeting in person. We simply like our discourse, we’re both good with words and we both got our asses kicked by Spritely in Scrabble. It’s uncomplicated and delightful.

So in spite of having ended my own personal experiment with online dating for now, I recommend it to others.

It’s especially handy for shopper types. I was there to shop. I had a formidable checklist of requirements ranging from the physical to the intangible. And here’s what I learned:

None of it matters when you swoon.

You take that shopping list and tear it into little pieces to use as ticker tape for the parade going on in your loins.

It’s true. I had a wildly animal response to one of the first men I met in person through that site. He was a good — a great — man, but also completely inappropriate for me. I’m talking inappropriate socially, philosophically, geographically, so on…

But I did not care. I was in a swoon.

Enter Spritely with another prickly but shiny gem:

“Girl! You’ve got to stop thinking with your dick.” She kind of had a point. It turned out I was indifferent to education, career, financial status, and even mental status, if it came to a man I found exciting.

I did break it off him, though not for any of the above reasons. I’d blurt out the details if it violated only my own privacy. Instead I’ll say, to this day I have a soft spot for that kind man who excited the gunmetal out of the geisha.

That was the first time I deactivated the account. It was summer.

Then winter came. A bunch of crap happened that’s splattered all over this blog. Run of the mill emotional drama. It involved a lot of snow and I was very poetic about it. The basic premise was, I couldn’t breathe through the sense of betrayal I felt like a smothering pillow. It was at the hands of a person I had heretofore considered the closest to me. How did someone I stuck by through ninety-nine flavors of insult and injury justify discarding our friendship? Answer: He fell in love with someone.

I suppose I felt sorry for myself. If someone who displayed less than stellar tendencies when it came to honor and honesty could find love, strong enough love to sever his most compelling emotional lifeline (me), then surely I, who prized in myself loyalty and truthfulness, could find it too.

These are hindsight reflections, of course. At the time, I was too busy gasping for air. So I signed back on to the dating site like it was an oxygen mask.

It didn’t take me long to realize I was setting up people for disappointment. I sang the usual ode to my shortcomings for everyone I met. It was the best I could do to avoid being pedestaled. But often, there I was on a pedestal anyway. Up always implies a down, and from there, I either have a fall, or let someone down.

Naturally, it’s not ungratifying when people trip over themselves upon meeting you. I mean, if I wanted to retreat into the background, I wouldn’t have started a blog where I perform a constant verbal striptease. But I never understand the extreme reaction I encounter when meeting a guy from the internet, as if it’s his first time running into a woman with the expected body parts who can also string together words.

So I haven’t been shy about asking the guys themselves what could possibly be the big deal.

“You’re an anomaly,” I’ve been told by a couple of them, which only makes me think again that I’m a Martian.

Another said, “True sincerity is captivating and rare. (And you’re hot.)”

I don’t believe sincerity is rare. I meet sincere people often and while I also find them captivating, I don’t double-take over the basic, requisite human trait. (I look fine, maybe more than fine, but there are plenty of good-looking people in the world.)

Yet another said, “You manage to be honest but polite, sophisticated but unpretentious, mysterious but approachable. (Plus you look like you.)”

Well damn. My ego purred like a stroked feline. It was almost audible.

“Thank you,” I smiled with composure, but I could see why flattery got people places.

In the end, I called one of my ex-boyfriends and recounted my experience. I said, “A., I don’t get the big deal. Do guys really expect decent-looking women to lack depth?”

“The big deal is,” he said, “you are your own archetype.” 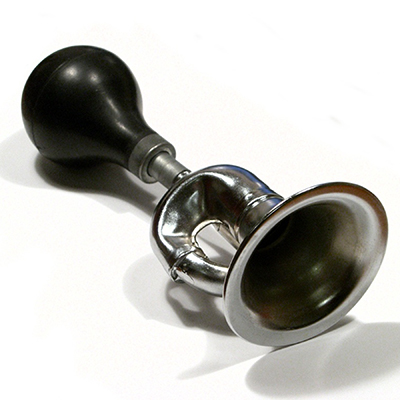 And come on, it just doesn’t get better than “you are your own archetype.”

Now that we’ve covered how “great” I allegedly am, it’s only fair to delve into all the ways I’m not great in the context of men and dating.

I lack boundaries. I don’t mean for my own protection, but for the protection of others.

I connect on a deep level and I’m warm and affectionate, indiscriminately. It’s my thing and it’s a problem, frequently interpreted as reciprocated romantic interest. More than that, I can move on and often do. Not move on in the sense of ending kindness and friendship, but from the concentration. Or perhaps from the frequency of interaction. It’s not that I’m able to abandon anyone. Ever. In fact, I find upsetting even the idea of abandoning someone. Spritely calls it “collecting strays.” Strays can be irresistible.

When I need to dial down on the intensity of connection, it leaves those I’ve drawn in feeling forsaken. Making people feel forsaken goes against my idea of compassion.

My intentions with people aren’t remiss. I just happen to reach inside to shake hands with the interior of a person as soon as I meet them. In general, people have solid defenses up to keep out others until it feels safe. But they’re not always prepared for the very sincere and enthusiastic person who wants to meet their interior right away.

As a restless, independent woman “with options” who is looking for her ideal match, I’ve unwittingly left a trail of carcasses behind me. I don’t like this about myself. But how do you learn someone isn’t right for you unless you get close to them and connect to their insides?

Having established that I’m basically a menace to hapless hopefuls in the dating world, I’m left with an awful conclusion: Maybe I should only be dealing with emotionally remote guys. Otherwise known to some as “assholes.” After all, it’s entirely possible that in the eyes of others, I fall under the asshole category too.

There, now that I’ve shown my hand, dear sirs, tip your hats and keep yourselves safe. Let lambs to lambs, and Martians to Martians.

~ Concluded at Dating for Martians: The Meandering Conclusion ~