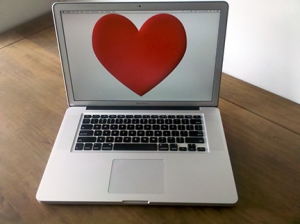 The extent of my domestic dream equals having my own washer and dryer.

~ This story begins with Dating for Martians (Part 1) ~

We are hiking. A mix of green and arid canyon views surrounds us as we climb a steep trail. She is one of the most beautiful girls I know — high cheekbones, poreless skin, the whole bit. We’re both slender and wearing baseball hats to protect our faces from the sun. We’re huffing and puffing because we haven’t hiked for a while. But the panting doesn’t keep us from the subject at hand. She tells me she’s thinking of moving away from Los Angeles because she’s tired of being single and believes there are no good men here.

I don’t agree with her; I meet plenty of good men. I just haven’t wanted to take things further with them. Maybe after three excellent long-term relationships, I’m extra choosy. It also happens that I enjoy being on my own more than average. I’m relieved not to share a bathroom or worry about neglecting someone when I need alone time. We’ve all been drilled on how it takes hard work for a successful relationship, so singlehood has me spoiled by sparing me from compromise and sacrifice. There’s absolutely no reason, in short, for me to be in a relationship unless my very sense is shaken out.

The truth is, I’d really like someone to shake the sense right out of me.

I may be Martian in spirit, devoid of the instinct for marriage, family and security. But I’ve accepted that I’m wired like every other human being who seeks basic companionship. I’m a mammal, dammit. My blood runs warm. And mammals cuddle — there’s no escaping it.

“Do you want me to set you up with Genevieve’s neurosurgeon friend?” My friend asks during our hike.

“No, I don’t like doctors,” I tell her for maybe the fifth time in the last few years.

“Every girl wants to date a doctor,” she says confidently.

“Wrong,” I say with equal confidence. “I’m into artistic guys.”

“Yet you went out with a doctor,” she throws out.

“That doesn’t count. He hadn’t been a doctor long. Plus, he wore flip-flops and surfed.”

“I did.” But not because of his medical degree. She’ll never accept I went out with him in spite of the doctor part.

“Let me call Genevieve for you,” she says in between pants. “Neurosurgeon trumps podiatrist.”

“He wasn’t a podiatrist!”

“The neurosurgeon is tall and forty,” she pauses, “but balding.” We stand in the middle of the hill, catching our breath; debating isn’t easy when climbing an unforgiving incline.

“Doesn’t matter on a handsome face,” I say. Subjecting men to scrutiny regarding appearance, same as they do to women, only makes me feel mildly guilty.

“I’m setting it up.” We start up the hill again.

“No! Why aren’t you going out with him?”

“Because I met him when Genevieve was setting him up with Barbara. It’d be weird. I’m giving him to you.”

“No thanks. ‘Give’ him to someone else.”

“He’s picky and I just can’t watch a neurosurgeon go to waste!”

A few days later, we both decide to join an online dating site. We think maybe we’ll discover guys we find appealing by specifying our preferences. She has a height requirement and enters straight into her profile that guys under a certain height should not contact her. I suggest it might be more tactful to leave that out, even though it’s no different than guys who have boob requirements. But at least, they know better than to announce, “Such and such cup sizes need not apply.” In some ways, I admire her gall and get pretty specific in my own profile. You can be sure if I’m subjecting myself to online dating, I’m seeking a shopping list of attributes. 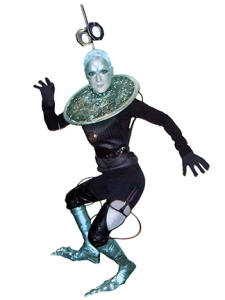 Me, in the traditional garb of my kind

Why do some of us find resorting to online dating humiliating? Maybe we think it’s admitting defeat and view our profiles as public advertisement for having failed to will someone suitable to materialize on our path. After all, not having produced someone at will might be mistaken for not having attracted them. That would explain the variety of disclaimers online daters include in their profiles: They signed up for “shits and giggles.” It was a dare. Their friend signed them up. A home invader in the middle of the night broke in with an ax and forced them.

It crossed my mind too, the nonchalant approach and posting only the corner of my face so that I’d be unrecognizable to anyone who might know me. But if I was going to sign up, there was no point in half-assing it. I have a simple policy: Either don’t do the thing you’re ashamed of, or don’t be ashamed of it. I chose not to be ashamed of online dating.

Being bereft of common white picket fence desires is beyond liberating for a woman. Isn’t it telling that men rarely apply the word “liberating” to themselves? I’m not talking feminism, but rather, liberation from some women’s preconceived idea of who they should be: Bride, mother, career professional, master chef, enchantress, nester in a two-story home decorated just-so.

People with mainstream ideals might find the quite different list of roles I expect of myself obnoxious: Seeker of enlightenment, independent thinker, friend, artist, traveler, humane individual. I’d throw “enchantress” into the mix too for some fun, but the rest of the first list hasn’t ever mattered to me.

I can think of nothing I adore more than children. But with impending overpopulation and there being enough bright-eyed, intelligent beings in my family who look just like me and will grow up to do wonderful things, I choose to remain biologically childless. Breathing is easy without the female imperative and its time bomb — “biological clock” doesn’t adequately describe the panic of every unmarried mid-thirties woman who wants children. I wish I could enfold each one in my arms to assure them it’ll be okay either way.

The extent of my domestic dream equals having my own washer and dryer, and that’s only because I’m not communally inclined nor do I like to think about other people’s germs swirling in my wash. As a fan of citrus, I might find my own lemon tree pleasant too. The end.

None of this rules out love. Recently, I spent time in New York where I used to live, and all the people I love most still do. Seeing each clutched my heart with true, profound joy. These are men, women, children, family and friends. I remembered how easily love can be eternal. Even if I repeat the same moments with these people throughout my life — the moment we embrace hello, or our eyes meet in understanding, or we simultaneously explode into laughter — I would never tire of it.

Genuine, pure love transcends everything: passage of time, appearance, death of sexual passion, routine, hardship. And I believe we seek to focus a great portion of our love on a partner not just so we can “mate” for fun or procreation, but so we can call someone ours every time we wake up.

So yes, not compromising or sharing a bathroom is great. There is energy and vigor in freedom. But where freedom is caffeinated, love is intoxicated. For me, romantic love is a cozy luxury I’ve had and can do without.

But I don’t want to.

My initial reluctance to online dating wasn’t about some philosophical preference whereby you’re supposed to meet people by chance. It was an aesthetic resistance, the same way I refuse to watch reality shows, or wouldn’t wear tiger-print leggings. It’s about personal taste, and at first I kept thinking, what if the guy I want stays clear of dating sites for the same reason? Then again, if I’m there taking a chance, who’s to say he isn’t? So I’m giving myself a few months on one dating site and putting in reasonable effort. The results have been generally positive and subject to future discussion.

As for my girlfriend with the gorgeous cheekbones, she happily reports she’s been contacted by a tall, forty-three-year-old cardiologist.

For me, online dating is not admitting defeat. It’s admitting there is triumph in love.

~ Continued at Dating for Martians: The Tally ~

← Travel and Time: The Subway
Two Girls Dancing in Fire →