How to be Exception to the Rule

☉ · by Gunmetal Geisha · in Gunblasts, Lovable Fuckup, No Biz Like · 8 Comments 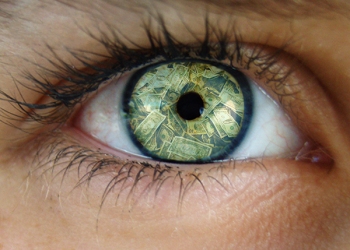 The ‘studio head’ you met this afternoon was some unemployed film dude who in the morning jotted down on his to-do list, ‘get info on LLC.’

I am very familiar, but not afflicted with, the Los Angeles way of self-generating PR to build up one’s persona. We all know people who claim they’re awesome, they feel awesome, life is awesome, and I mean, 24/7 awesome.

In a similar song and dance about every meeting or task as if it’s life-changing, in Los Angeles, if you buy yourself a sketchpad and a patch of material, you can introduce yourself as a couture designer at your next networking event.

So much is predicated on bullshit that the ‘studio head’ you met this afternoon was some unemployed film dude who in the morning jotted down on his to-do list, ‘get info on LLC.’

One day, I might decide that for the sake of professionalism I should curb my incessant self-expression. But for now, I suffer and enjoy a full range of emotions and I’m not afraid of them, so my online persona isn’t restricted.

I’ve lived in Los Angeles for a long time, but I can’t get used to it being considered abrasive or negative to speak frankly about how shitty I might feel on a given day, or how liberally I’m willing to publish the word ‘shitty.’ This sort of thing was never a problem when I lived in New York.

I certainly gush about good days too — but there are times when not only is the cup half empty, the remaining half is poisoned. Looking at a drop of poison under a microscope to observe its molecules doesn’t make you a poison-maker. In the same way, acknowledging reality shouldn’t carry a stigma on the occasions said reality isn’t ‘awesome.’

Still, film capital or not, Los Angles offers me a happy home with its canyons and quirks. One such quirk happens to be large segments of the population propagating the idea that every facet of their lives and their pursuit of the entertainment industry is grand, simply grand, and that they can make even more grand things happen just by…visualizing!

Cute, but I already have lots of practice in what doesn’t get you ahead.

What’s funny about being an exception to the rule is that it’s quite simple to do everything wrong. Being an exception merely implies you go against the grain, and not necessarily in some great way. But I do get a kick out of being the exception to a few rules, even though I’m not oblivious to convention and how others might perceive me: stunted, a fuckup.

What I am though, is a jumbled yarn of unrealized potential, and what I am doing is gathering it up to untie knot by knot.

Plus, it turns out being a ‘fuckup’ has gifted me freedom, and frankly, being ‘stunted’ has kept me youthful. I am okay, even as a very late bloomer, with freedom and extended youth in place of a corporate job, an upside-down mortgage, and matrimonial apathy.

Being a self-proclaimed fuckup allows me to move about the cabin freely — and react naturally — while others buckle in with a false, unsightly smile, even as rumbling clouds jostle the plane.

According to the Los Angeles rulebook, I could go around and spin my teeny acting non-career, or my ‘award-winning’ films without emphasizing that both such films and awards were obscure.

But instead of erecting a fantastically PRed something out of nothing, I will play up my fuckup-ness (not to be confused with fucked-up-ness). It has nothing to do with being terrible to others, and doesn’t come with manuals or bandwagons. It is after all, a niche nobody wants.

And just like oil magnates, successful fuckups don’t need to ‘visualize’ their way to accomplishment.

Sure, a ‘vision board’ where you pin images of your wishes might be a pleasant collaging project for someone with leisure time. But attributing to it the power to change your life takes away energy from practical steps that could actually be life-changing.

I have my own share of esoteric beliefs. I’m the type that wants everything to have a meaning and nothing to happen without a reason. But there is a difference between belief and knowledge. So I try not to spend time on beliefs when there is a profusion of practical knowledge I can apply to my goals. By practical, I mean actually doing something — painting if you’re a painter, acting if you’re an actor, or acquiring your tools and skills.

Whether or not there’s a place for chanting or ‘manifesting,’ there isn’t much debate about whether life works in a cause and effect manner: If I don’t have control over my brushstroke, then I practice until I do. On the other hand, I’m pretty sure pasting cutouts of perfect brushstrokes on a vision board won’t transform me into a master painter.

Let me put it another way — and here I speak from lifelong experience: I know visualization doesn’t work, because no matter how much time I’ve spent visualizing wretched outcomes when I’ve been in shitty moods, everything always turned out fine.

Much better than fine, in fact, when I put in any amount of effort.

Maybe after all my talk of poisoned cups and doing things wrong, you thought this was going to be about despair and failure. But in spite of myself, it’s hope and inspiration that drive me. They just won’t go away no matter how much I stomp on them, combat-boot style.

If you haven’t gotten a handle on me, you will.

If my humor were a plant, it would require low moisture and wouldn’t wear a plaque saying “plant.” My outlook is uncensored, so I’m equally at home talking about potholes and rashes as I am about snowflakes and blue skies. If I were a little girl, I’d go on a playdate with that morose little badass Wednesday Addams, and I’d be confused by Hannah Montana. I’ve read Rilke and listened to shock jocks. I fawn over babies and I don’t love authority.

I’m lost and found, wayward and well-rounded. I am your Gunmetal Geisha with a come-hither glare, and this is the unruly passage of a perfectionist. (continue)

← Oops, I Thought We Were All Narcissists
Is Dreaming for Suckers? →